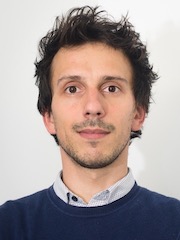 On the arithmetic of a family of superelliptic curves
with Sarah Arpin, Libby Taylor and Nicholas Triantafillou
To appear in Manuscripta Mathematica.
ArXiv:2105.02812 / Local version / Journal

We exhibit new sets of conditions which ensure that a family of number fields unconditionally satisfies the Brauer-Siegel theorem, as generalised by Tsfasman and Vladuts. We also give a few explicit examples of such families. In particular, we prove that the Brauer-Siegel theorem holds for any infinite global field contained in a $p$-class field tower.

Let $K$ be the function field of a smooth projective algebraic curve. We first describe the relation between the heights of two isogenous elliptic curves defined over $K$ (for various notions of height: modular height, differential height, stable height). In contrast to the case of elliptic curves over number fields the height is preserved under isogeny, unless the characteristic of $K$ divides the degree of the isogeny.

Let $\mathbb{F}_q$ be a finite field of odd characteristic $p$. We exhibit elliptic curves over the rational function field $K = \mathbb{F}_q(t)$ whose Tate-Shafarevich groups are large.

More precisely, we consider certain infinite sequences of explicit elliptic curves $E$, for which we prove that their Tate-Shafarevich group $Ш(E)$ is finite and satisfies $|Ш(E)| = H(E)^{1+o(1)}$ as $H(E)\to\infty$, where $H(E)$ denotes the exponential differential height of $E$. The elliptic curves in these sequences are pairwise neither isogenous nor geometrically isomorphic. We further show that the $p$-primary part of their Tate-Shafarevich group is trivial.

The proof involves explicitly computing the $L$-functions of these elliptic curves, proving the BSD conjecture for them, and obtaining estimates on the size of the central value of their $L$-function.

These invariants have radically different behaviours depending on the congruence class of $p$ modulo $6$. For instance $Ш(E)$ either has trivial $p$-part or is a $p$-group. On the other hand, we show that the product $|Ш(E)|\mathrm{Reg}(E)$ has size comparable to $r^{q/6}$ as $q\to\infty$, regardless of $p\,\mathrm{mod}\,6$.

Our approach relies on the BSD conjecture, an explicit expression for the $L$-function of $E$, and a geometric analysis of the Néron model of $E$.

The curves $E_d$ satisfy the BSD conjecture, so that their rank equals the order of vanishing of their $L$-function at the central point. We provide an explicit expression for the $L$-function of $E_d$, and use it to study this order of vanishing in terms of $d$. We deduce that the rank of the Mordell-Weil group $E_d(K)$ is unbounded as $d$ varies (this answers a question of L. Berger). We also prove that the average Mordell-Weil rank is unbounded.

We study the Artin-Schreier family of elliptic curves over $\mathbb{F}_q(t)$ defined by $y^2=x\big(x+1\big)\big(x+(t^{q^a}-t)^2\big)$ for all $a\geq 1$. We prove an asymptotic estimate on the size of the special value of their $L$-function in terms of the degree of their conductor; loosely speaking, we show that the special values are "asymptotically as large as possible".

We also provide an explicit expression for the $L$-function of the elliptic curves in the family. The proof of the main result uses this expression and a detailed study of the distribution of some character sums related to Kloosterman sums. Via the BSD conjecture (proved by Pries and Ulmer in this case), the main result translates into an analogue of the Brauer-Siegel theorem for these elliptic curves.

Moreover, we deduce from this calculation that the curves $E_d$ satisfy an analogue of the Brauer-Siegel theorem. More precisely, we estimate the asymptotic growth of the product of the order of the Tate-Shafarevich group of $E_d$ (which is known to be finite) by its Néron-Tate regulator, in terms of the exponential differential height of $E_d$, as $d\to\infty$.

We prove an analogue of the Brauer-Siegel theorem for the Legendre elliptic curves over $\mathbb{F}_q(t)$. More precisely, if $d \ge 1$ is an integer, we denote by $E_d$ the elliptic curve with model $y^2=x(x+1)(x+t^d)$ over $K=\mathbb{F}_q(t)$. We give an asymptotic estimate of the product of the order of the Tate-Shafarevich group of $E_d$ (which is known to be finite) with its Néron-Tate regulator, in terms of the exponential differential height of $E_d$, as $d\to\infty$.

My main field of research is the arithmetic of elliptic curves over global fields. I mostly study them over function fields in positive characteristic, and I usually combine various approaches to do so: analytic (by using their $L$-function), geometric (studying the geometry of their minimal model), etc.

One of the topics I have investigated is the asymptotic behaviour of the so-called Brauer-Siegel ratio of elliptic curves, which is an invariant related to the difficulty of computing their Mordell-Weil groups. This ratio can be controlled by estimating the size of the special value of the associated $L$-function. In some cases, one can prove that the Brauer-Siegel ratio has a limit. In all known cases, this limit is $1$ (i.e. the Mordell-Weil groups of the elliptic curves are indeed complicated to compute).

More broadly, I am interested in finding explicit bounds on arithmetic invariants of these elliptic curves, such as their Néron-Tate regulator, their rank, the order of their Tate-Shafarevich group, etc. More recently, I have begun studying isogenies between elliptic curves over function fields.

I have also done some work on some families of surfaces over a finite field: for the family of Fermat surfaces, I have proved very precise bounds on some of their geometric invariants (rank and ''volume'' of the Néron-Severi group, Brauer group, ...).

Back to top Retour en haut